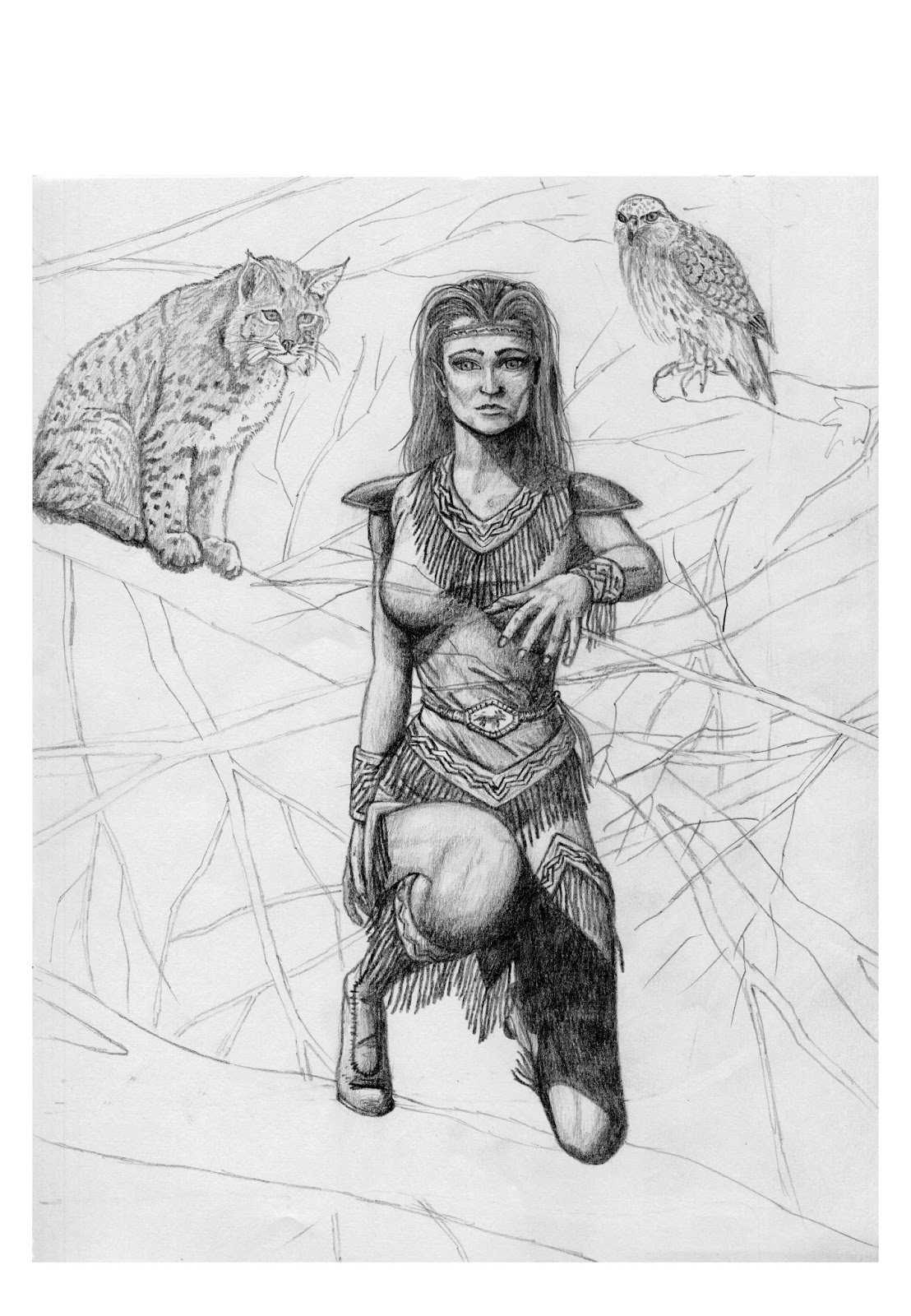 Once the final written draft to the Little People was complete, and as my family and friends began helping me proof it, I began the process of trying to come up with the cover illustration. I knew that I wanted to include at least one of the main characters as well as several of the animal spirits mentioned in the book. 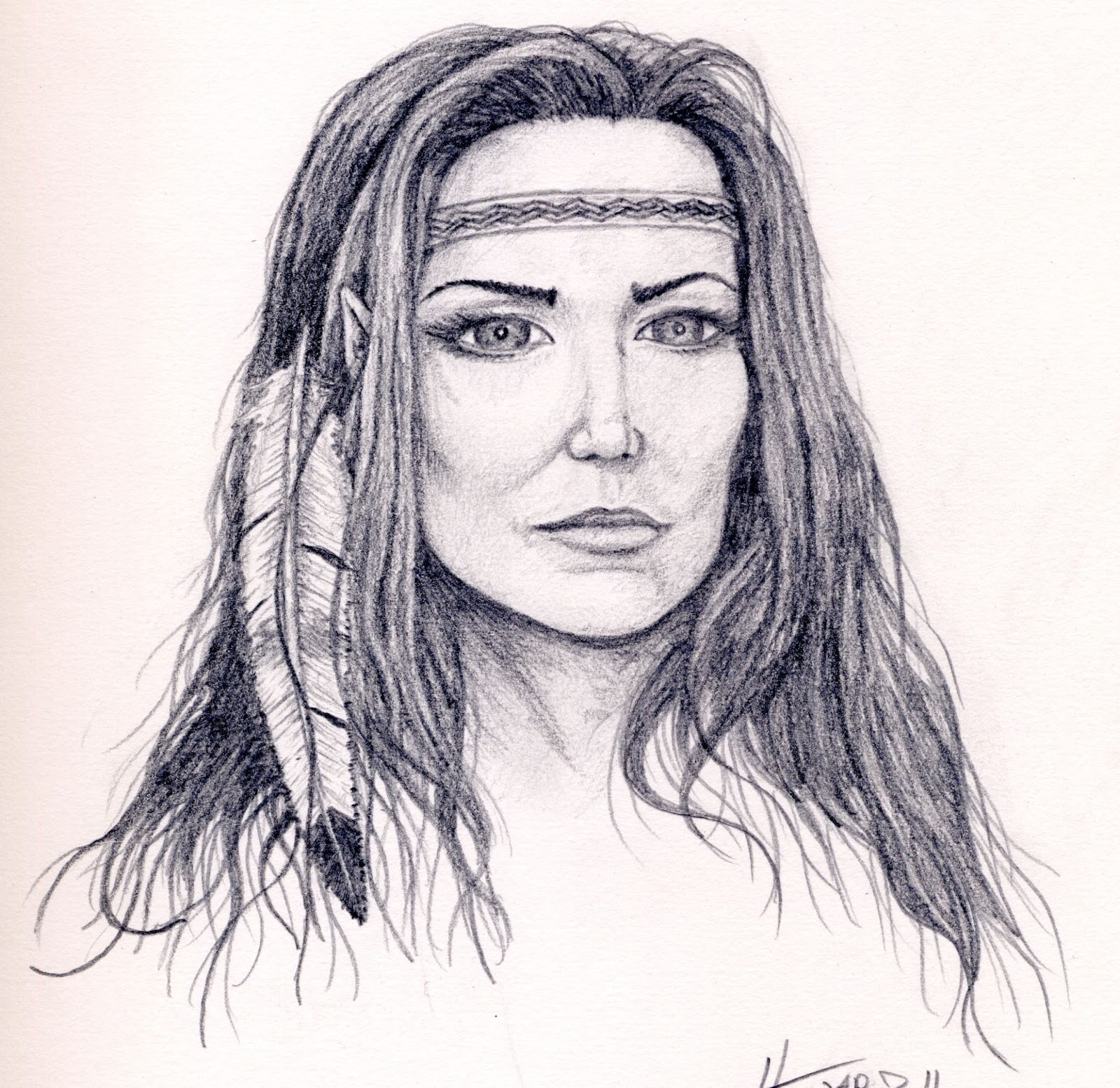 My initial thought was to show Daya and Adam together so I began doing sketches of various scenes from within the book. Besides doing sketches, I also went into several 3D animation programs. These programs allowed me to take 3D human figures and place them into assorted poses to help created different scenes. One rough scene I did included several of the Little People, animals and Uktena in a large battle scene. I eventually decided it was too busy. After many attempts, I finally settled on a rough sketch that I was happy with. This sketch depicted Daya along with two of the animals perched on a limb in the trees.

I next began doing sketches of Daya’s clothing and ornaments. I went through several designs before settling on what was used in the final rendition. I was looking for something that was recognizable as Native American, but had an original look. I also wanted it to appear to be made of natural elements such as animal hides, bone and stone. I tried to keep the colors somewhat muted so they would appear to be made from natural pigments.

Once Daya’s costume was complete, I then began doing more detailed sketches. I used my 3D program to design a human female figure pose and incorporated that into the design. The final sketch was a composite of several sketches that I put together in Photoshop.

More in part II
Posted by michaelpaulhoward at 6:51 PM