After getting my final sketches to a point that I was happy with all of the designs, I started thinking about the setting and overall scene for The Little People. I wanted it to be an outdoor, natural scene so I began looking for large trees in open areas during the summer that had limbs large enough that a person could be perched on them. 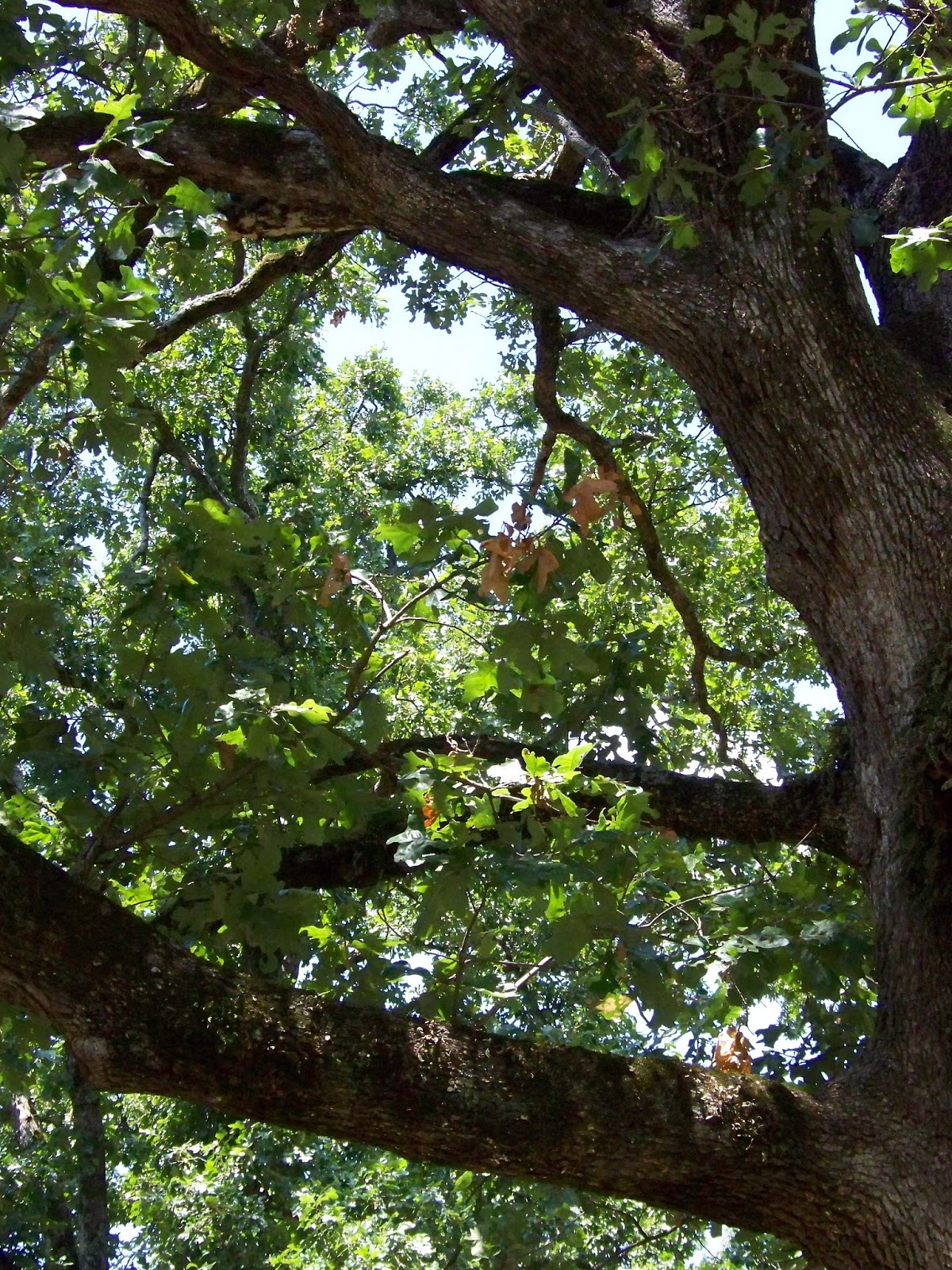 I finally settled on a small grove next to a local cemetery not far from my home. There were a lot of large oak trees with limbs at horizontal angles, perfect to have a small person sitting or kneeling upon. I took a lot of digital pictures of the trees, limbs and closeups of the leaves, then went through them and selected the limbs and leaves that worked the best. I then began putting them together in Photoshop and started painting over them. 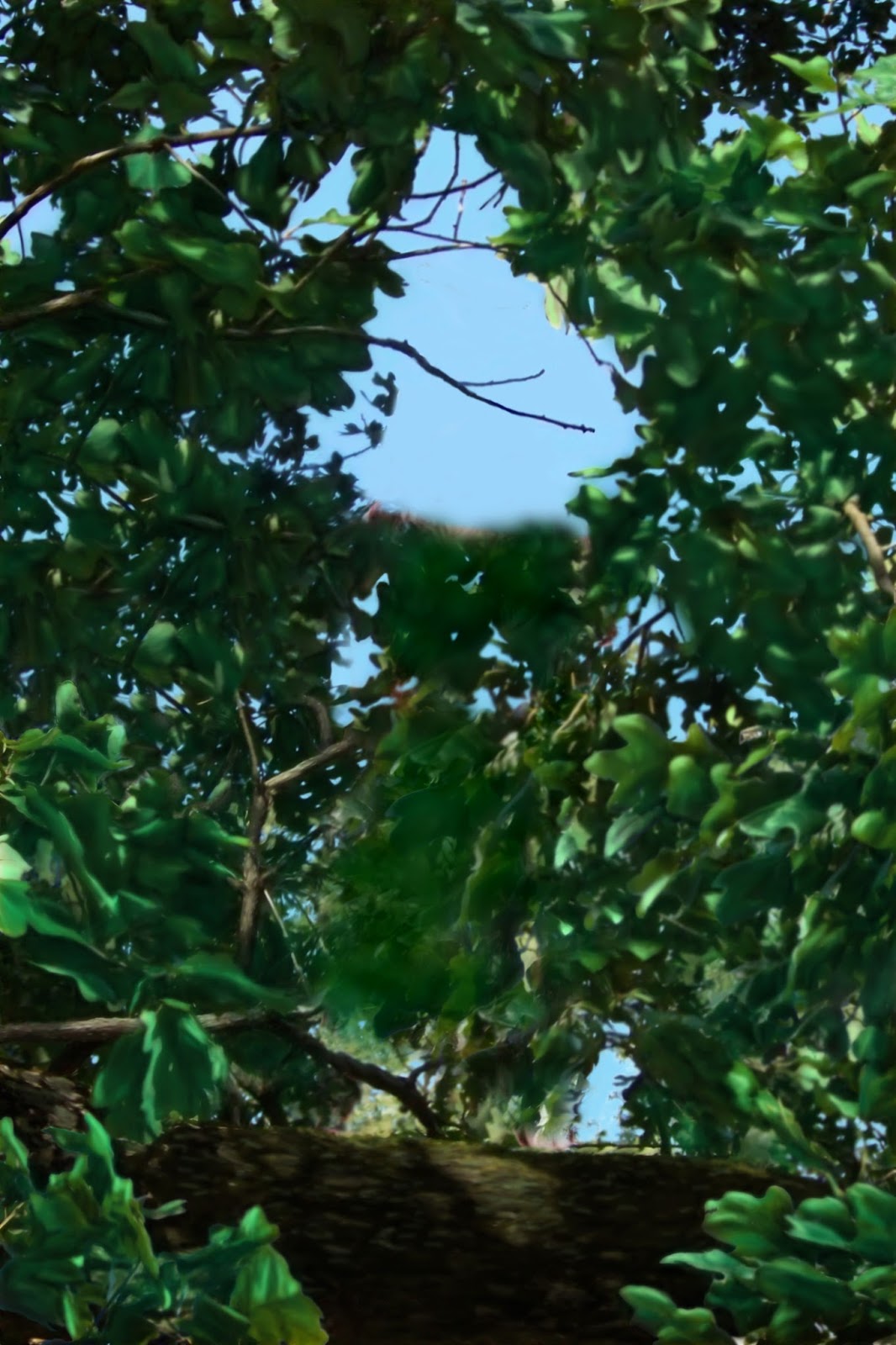 Once the background was fairly complete I began painting in the animals. There were many layers of leaves, limbs and animals. After completing the animals, I then imported one of the 3D models I had used for my sketches and then began painting in all of the details for Daya using a combination of airbrush and paintbrush in Photoshop.

Once Daya was completed I worked on cleaning up all of the different layers making sure they blended well and touched up a lot of little details. What you see here is the final result. 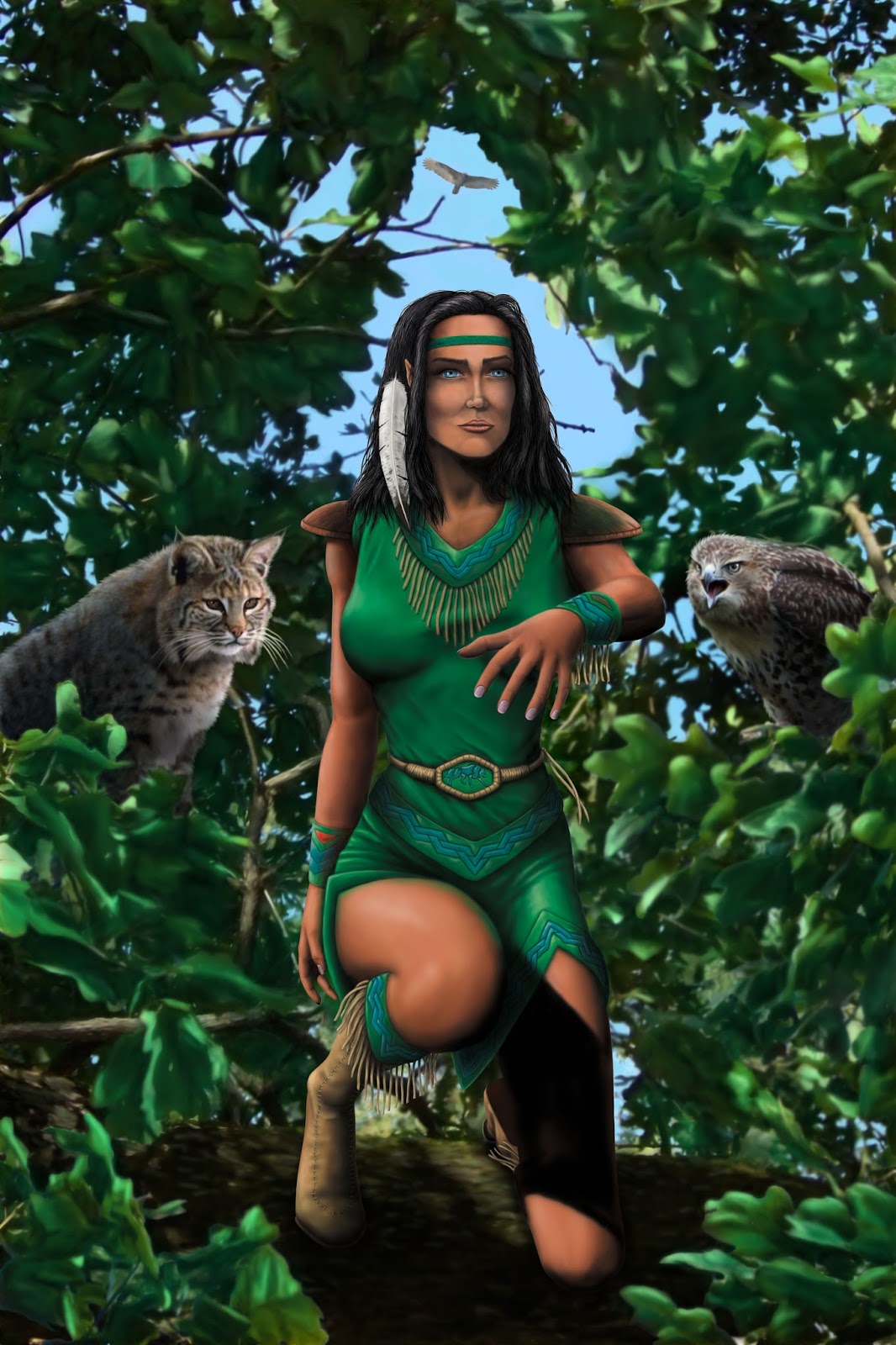